Switch films are pretty cheap, but you can print or cut them for yourself too. DIY switch films are great if you don't want to wait much or if you want to finetune the dimensions or thickness.

People put thin films between the top and bottom switch housing to eliminate or reduce housing wobble. Additionally, they can also have an impact on the sound.

Pretty much any plastic or rubber material that is about 0.12-0.15 mm thick should work just fine, but as you will see, there are projects using even thicker (0.2 mm) stencil vinyl.

The first instance of DIY films I found are mentioned in this geekhack thread back from 2013.

Revered geekhacker MOZ created the files for himself (with the help of mkawa, infiniti, BlueBar and using the one on KBDMania) to cut films on a vinyl cutter.

There are three designs. The base is the same, but each design attempts to cover more area on the bottom switch housing:

(Although all members are welcome to use these designs as and how they please, it would always be kind of you to acknowledge the original source of the sticker files when republishing/reproducing in any manner.)

You can find switch film STL files on Thingiverse, which you can print with a 3D printer:

Jinra321 printed this MX Mechanical switch films with a Prusa i3 MK3 printer with .15 resolution. The filament was black Hatchbox PLA.

The film is modeled as 0.15 mm thick, but you can probably use 0.2 mm for a tighter fitting film.

A similar file by KyaKoTaa is here. 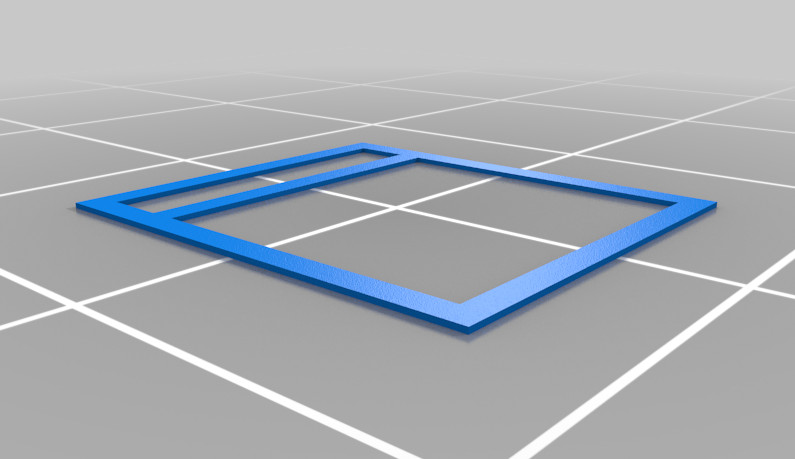 This 3D printable switch film is set to a thickness of 0.16 mm, but can be adjusted in your slicer. Tested on Creality CR-10 v2 3D printer, designed for MX style switches. Filament: Aurarum PLA.

u/hhsandi made switch films with Cricut from 0.2 mm stencil vinyl using the first vector files linked in this article.

For other (and future projects) check the filming related posts over at Keyboard Builders' Digest.

Well, if you have the proper tools, a 3D printer, a Cricut or a vinyl cutter, you can try to make some DIY switch films too.

This way you don't have to wait for the stuff to arrive and with eliminating shipping you also protect the environment I guess. Not sure about the costs, but these switch films are quite cheap anyways.

And as with all DIY projects, you can finetune the design and thickness to accommodate your needs.